Five years of Danny, a note from Phil Sofield, Director at Four

Just last week a memory popped up on the Four Recruitment timeline.  It was a picture of Danny Kay, the first ever apprentice we as a business ever recruited back in 2015.  It was a real shock I have to say, seeing that young fresh faced 18-year-old who is now one of our most successful consultants, and looks a little more grown up!

It got me thinking, Danny joined us straight from college, knowing he wanted a career but wasn’t really sure in what.  The route to a career is quite often, college and then university, before finding a job.  It certainty was for me and for many of the consultants at Four, but Danny is a great example of how a different route can work very successfully.

Danny joined us in February 2015 through ‘The Apprentice Academy’ completing his apprenticeship whilst studying an NVQ Level 3 in Business Administration.

At only 18, his impact on the business was tremendous from the very start.   He got involved in all areas of the business from supporting the consultants with administration duties, acting as a PA for our sales director and assisting with social media and marketing campaigns. Alright he made some mistakes – serving biscuits to a client directly out of his back pocket, was one of them, but hey you have to break some eggs to make an omelette!

When we opened larger premises in Bolton in April 2016 and Danny’s place of work changed from Manchester to Bolton (living in Stockport with no driving license or access to a car) he cycled and got the train to work just to continue his role with us.

Also in April 2016, after completing his apprenticeship – which took just over one year – he was appointed as administration assistant to the Manchester team.  Having been involved in the administrative areas of recruitment for the past year and working directly with the consultants in our team he had a real understanding of the role and the skills required to do a great job.

His role as administrative assistant did not last long, later on that year after 18 months at Four he was promoted to trainee consultant.  Danny quickly understood the route to maximising his earning potential was to be a great recruitment consultant.  He got stuck in developing his desk, building a fantastic client and candidate database and doing a great job for both.

Having been at Four now for five years, he is senior consultant.  He’s earning a wage that most 23-year olds couldn’t imagine. I personally couldn’t be prouder of Danny and all that he’s achieved, it’s been a pleasure having him as part of the Four team for the past five years.

We are always looking for more Danny’s so, if this sounds like you or someone you know drop me a line.

Earlier this year we challenged businesses, schools and families across the North West to come...

Moving to an owner managed business from a larger recruitment firm.

We’re a recruitment company and we’re hiring! People reading this may think... 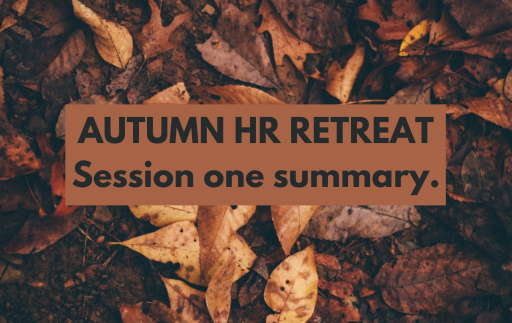